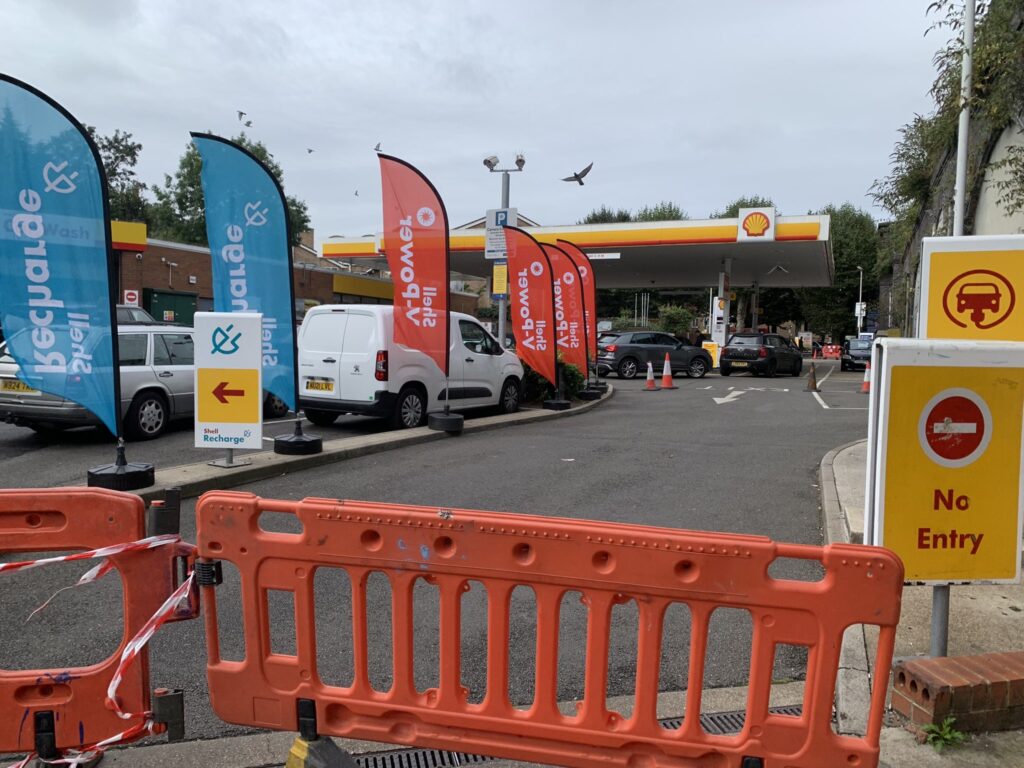 Oh No! A Fragility Foretold,lean both ways.

Most people today working in manufacturing industry, retail or distribution take lean manufacturing and the “just in time” system of stock control and material supply for granted.As far as they are aware its always been done that way. It was another era entirely when factories possessed over stocked stores manned by fearsome men in brown coats to whom you could send an apprentice for a “long stand” and enjoy hours of amusement waiting for him to return red faced and fuming.

Just in time, or JIT is actually a relatively recent innovation. It was first devised by the appropriately named a Taiichi Ohno an employee at Toyota in Japan and perfected in the period between 1952 and the early 1970s. It became widely adopted by Japanese manufacturing during the 1970s before consultants introduced it into the USA and Europe in the 1980s. The Automotive sector was the driving force for adoption of the system throughout engineering and manufacturing.

In simple terms, Ohnos idea was to eliminate the costs of stocks of parts and materials by reducing batch quantities and increasing the frequency of delivery to the manufacturing plant so that items did not remain in stock but went immediately into production. This was relatively easy to achieve for a Toyota plant located close to all its suppliers around Tokyo bay. The problems occurred when the system was sold by consultants as a ”one size fits all” application to Western Companies. Inconsistancies in implementation by US and European adopters and a failure to understand the cultural and human elements in Toyotas system resulted in limited success in the West. However in the 1990s James Womack’s book “The Machine that Changed to World “made JIT and lean manufacturing more accessible to Western Companies and lead to widespread adoption throughout the commercial and manufacturing landscape.

This now brings us to today or at least to the post Covid / post Brexit world where JIT is adopted not only in engineering and manufacturing but in agriculture, food production and distribution. Events in September 2021 have demonstrated the fragility of the JIT model. All UK supermarkets have adopted JIT based systems in which individual stores receive supplies on a daily basis for immediate sale. With over 90% of food and essential consumer items supplied by supermarkets its easy to understand the catastrophic consequences of a breakdown in their finely tuned supply chains. It is therefore ironic when you discover that the origins of the catastrophe are actually built into the system. The supermarkets and manufacturers compete with each by maximising the power and leverage that JIT gives them. The system does reduce some cost but most costs are only transferred to suppliers further down the line rather than eliminated. The constant drive to reduce costs is in fact a drive to transfer costs and in the end something inevitably has to give once the lemon is squeezed dry and the pips have gone.

The most visible example of the consequences of cost pressure is the crisis in the post Brexit, post Covid haulage industry. This vital component of JIT and the very wheels of the supply train has been an easy target for cost pressure. Over many years the JIT system has been maintained through the sweated assets of haulage companies and by reductions in the wages and conditions of drivers from Eastern Europe and struggling home based carriers who have been forced to compete in order to survive. The perfect storm of Covid and the Governments hostile environment for migrant labour now means that the UK is short of 100,000 hgv drivers needed to maintain the JIT systems of manufacturing and distribution. This is in addition to Labour shortages in agriculture and food processing that feed into that supply chain. 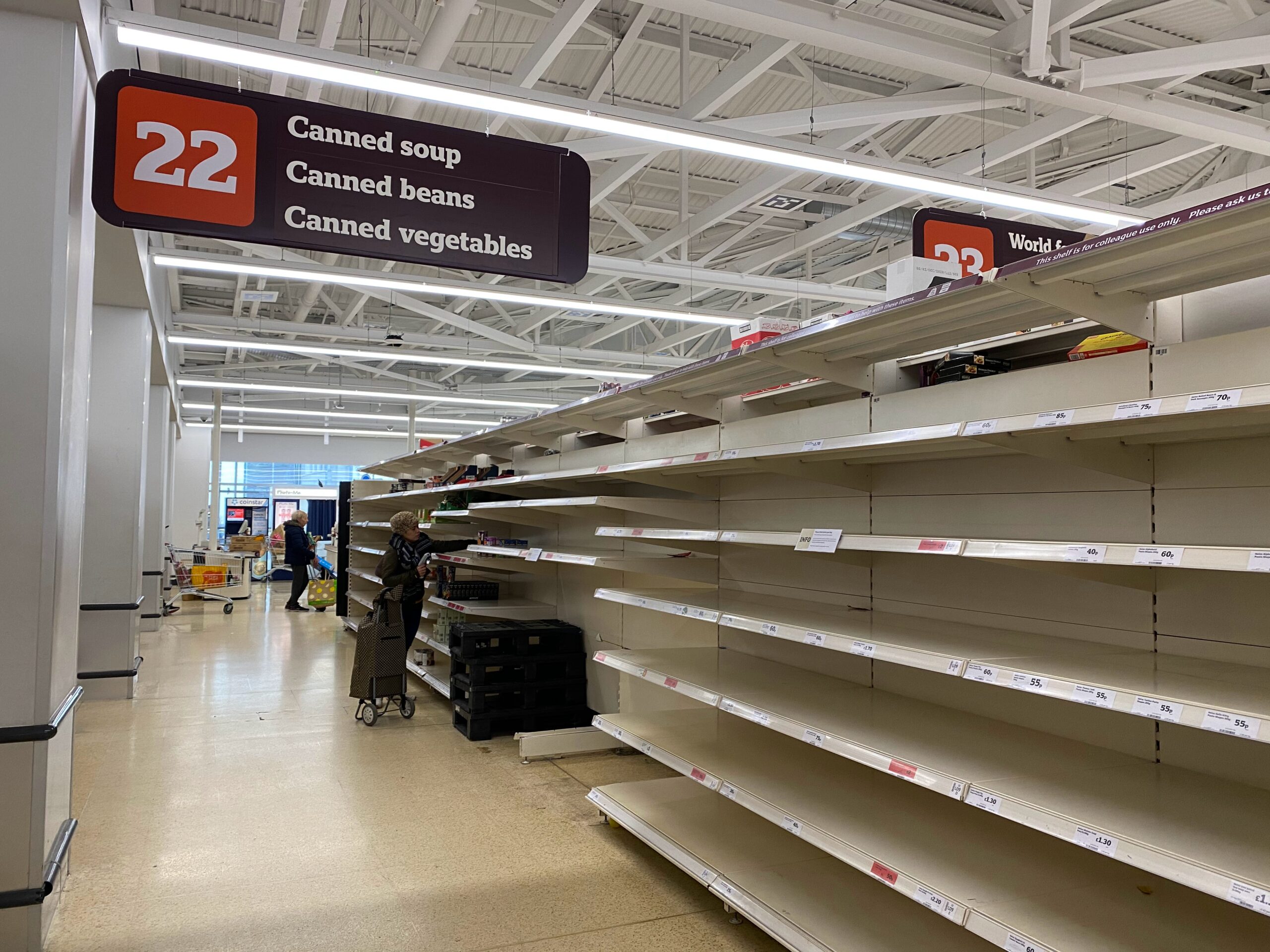 It cannot be said that this crisis was unexpected. In 2006 Tony Polito a professor of Supply Chain and Marketing at East Carolina University published an article entitled “Shocks to the System” Financial Meltdown and a Fragile supply Chain predicting this outcome. His conclusion was that there is no quick fix if the economic tectonic plates shift so radically. The only long term solutions are to relax the constraints of JIT, hold more stock reserves and localise suppliers to shorten lengthy supply chains. In other words be closer to the original Toyota model of JIT.

Just in time may not yet be dead but all companies in all sectors will need to re evaluate their priorities and reconsider their strategies towards their suppliers. Just in time is excellent as long as it can be relied upon. Just too late can be destructively costly. It has always been true that the cost of non possession always exceeded the cost of possession. Single sourcing implicit to JIT and Lean becomes a high risk strategy when unreliability lurks like a gremlin in the JIT machine beset by so many uncertainties. So too are long distance supply chains now even more of a high risk strategy as the certainty of delays and higher costs increase with every border crossed.

We face the prospect of record fuel prices in the future as oil reaches $80 per barrel so fewer and shorter haulage journeys will be required to control costs, the opposite of one of the key elements of JIT.

This is all before we consider the environmental costs of long distance supply chains. JIT and lean has made it commonplace for a single engineering component to be produced and assembled in several locations. For example a wind screen wiper assembly can be pressed in France, part assembled in Hungary before being finished and packed in Birmingham before being shipped back to France. This is a round trip of 2800 miles generating 67 tons of Co2! If we agree that we must strive for a carbon neutral world then this system based on long and costly supply chains and wasteful frequent deliveries is absurd.

Considering all of the above; Whilst JIT does bring benefits, companies will need to adapt to a changed problematic landscape where localisation and a low carbon imprint must become part of the solution.