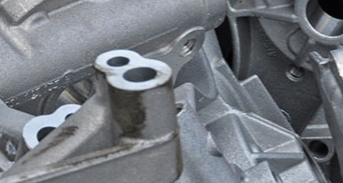 Following the mix up around the Oscars where La La Land was announced as best picture when the actual winner was Moonlight. People were scrambling to find who was to blame and how could such a blunder happen. Social media was lit up with scandal. We are sure all involved were embarrassed and this made for good viewing.

At Avocet Precision we were wondering how an Oscar is actually made. The things we know are it looks Gold but we know it is definitely not going to be solid gold. Our guess is that it is likely to a cheaper metal and possibly gold plated to give it the expensive look associated with the industry. We also know that the figure looks like it has been cast or machined into shape.

Looking at the burning question further we discovered that the iconic figure was first carved by a Los Angeles sculptor by the name of George Stanley. For decades the Oscars have been made by a Chicago trophy Company and gold plated.

The Academy decided that they wanted to go back towards its 1928 roots for the 2017 version. With the help of 3D printing by a New York firm the Academy were given 3 designs modelled on around the original 1928 and more recent 2015 version. Once the favourite design is identified the wax model is printed and ready for creating moulds for casting.

Each Oscar will have its own individual wax mould which is then dipped into ceramic slurry and heated to a temperature which allows molten bronze to be poured to form the design. After some cleaning and polishing the Oscar is electroplated in gold and the cast base is also attached.

The final product looks fantastic and is fairly heavy at approximately 4kg and we doubt that the movie stars or the general public are aware of the ancient process which was behind the making of the small statue. A process which still produces an extremely accurate finished product good enough for Hollywood’s rich and famous.

To learn more about lost wax castings check out this article.